Long before the white man came to Sicily Island this spot was known to the Indians who lived here.  "The Rocks", as it was labeled by white settlers, is a shallow place in Lake Louie where the Indians forded the lake when the water was low.  To make the task of crossing less hazardous, they brought large rocks to lay in the shoals. 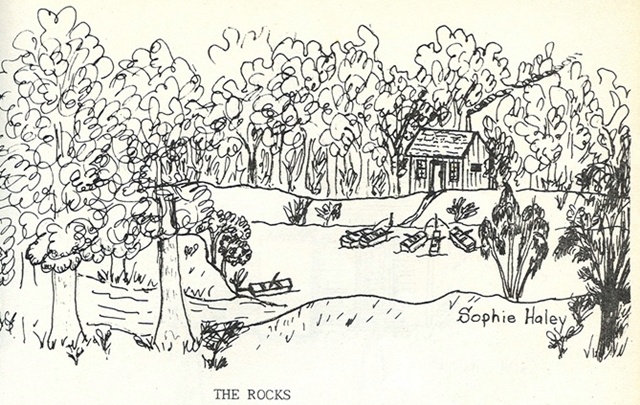 For generations "The Rocks" has been a favorite spot for camping, fishing, boating, and skiing.  It is remembered by the writer that often when farm crops were "laid-by" or in the fall when crops were in, her father and two or three neighbors would load the wagons with camping supplies and the families would travel the ten miles to "The Rocks" for a three day camp-out.

In those days, Mr. Dave Balance lived in a small cabin across the lake where he kept boats for rent.  "Uncle Dave" was crippled, necessitating the use of a crutch, but he could really maneuver a boat.  All one need do was whistle and "Uncle Dave" would soon arrive with two or three boats and an invitation to come over for a cup of coffee which he always kept on the stove.

While the mothers prepared for cooking, the youth went for a swim or a boat ride and the men went out for fish.  Fish were plentiful in the lake then and they never failed a catch, either by "trot-line" or with pole fishings. 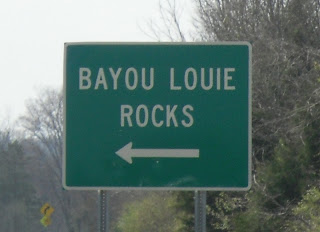 Today, "The Rocks" is more a sports area than a good fishing spot.  On any weekend, one can find the lake teeming with pleasure boats and water skis.

Many camps and several permanent homes have been built in the area.  Electricity, telephones, a general store, and mail service have come to the residents here.  Progress goes on---but we cannot forget the "good ole days" when life was less complicated and a weekend camp-out was the ultimate in recreation.