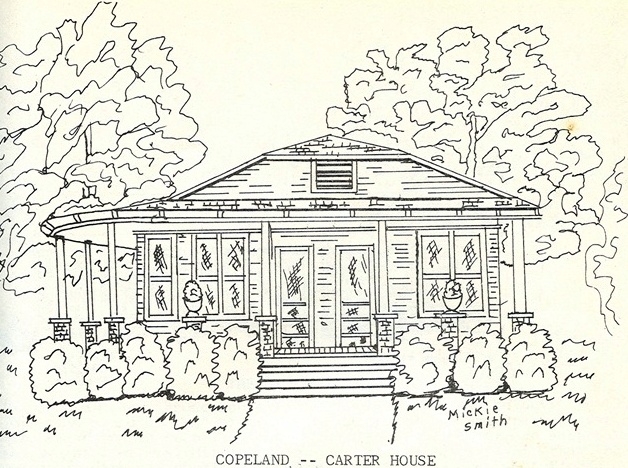 William E. McGraw was born in 1872 on a plantation near Woodville, Mississippi.  His father died in 1879, leaving Mrs. McGraw with two young sons.  Mrs. McGraw, with her children, went back home to live with her father and mother.  When Will was 18 years old, having learned to farm, he began farming for himself.  After ten years farming, he opened a general store in Laurel Hill, Louisiana.  In 1908, he came to Foules, Louisiana where he built a store and later another store at Greenville Landing. The Tensas river at that time was a very much used river, as the cotton and freight was shipped by boat.  In 1913, Will McGraw was appointed postmaster at Foules and ticket agent for the Missouri Pacific Railroad.

He married Miss Lydia Rabb of Wilkinson County, Mississippi, who was a graduate nurse from Turo Infirmary.  Together, they designed and built this house which consisted of a hall down the center with three bedrooms on one side, living and dining room on the other side.  There was a back porch across the back with an off-set kitchen and a servants house in the back.  The front porch extended across the front, curved on one end and ran down the side.

Copeland, which was already named this when Mr. McGraw bought it, consisted of 160 acres.  The store and house were the core of the plantation.

"Miss" Lydia was a great aunt of Prentice and Bessie Carter who came to live with Mr. and Mrs. McGraw when they were quite young.  Prentice later married Marguerita Morris and they had two children, Prentice, Jr. and Lydia.  Miss Bessie never married.  At the death of Prentice and Marguerita, the place was left to his children.  It is still in the family, and still called Copeland.