From Sicily Island:  A Partial History, compiled by Mickie Smith: 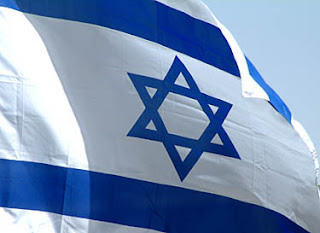 Although it did not succeed, there were efforts made to establish a Hebrew Settlement on Sicily Island in the 1800s.  The settlement lasted only a few months.

The Hebrew Foreign Mission Society of New Orleans, charted in 1854, for the purpose of granting "aid to Israelites in foreign countries ... ameliorating their spiritual, social, and political condition" was unique in that it was at that time the nation's only organized Jewish communal group of its type.  Another very unique program, as far as Louisiana was concerned, was the effort made in 1882, by the Hebrew Foreign Mission in conjunction with the Hebrew Immigrant Aid Association to establish an agricultural colony of Russian Jews at Sicily Island in Catahoula Parish.  The Newman Brothers offered their land in Catahoula Parish which was already partly cultivated.  The President of the Society, Mr. Julius Weis, was sent to investigate the progress of the work.  This is his description of the land:

The Newman land consists of twenty-eight hundred acres, situated on Sicily Island, in Catahoula Parish, Louisiana, three hundred and fifty miles from New Orleans, and seventy-five from Natchez, Mississippi.  It can be reached by way of the Mississippi and Ouachita Rivers.

The land is rich, nearly one-half being under cultivation, and is not subject to overflow.  It is in the vicinity of several thriving towns, but New Orleans is its best market, which can be reached by boat within forty-eight hours.

Catahoula is regarded healthy, the temperature rarely ever rises above ninety degrees in summer and seldom falls below freezing in the winter.  The winters are generally mild enough to admit of good gardens ... The population is about eleven thousand, among whom are German, Irish, and Israelites, who seem to be prosperous and contented.

Governor McEnery stated that he had lived for many years in Catahoula, and spoke in the highest terms of the selection made.

A charter was obtained and the appeal was issued to the citizens of Louisiana which asked for 'contributions of money, provisions, farming implements, live stock, or any other articles which would conduce to the encouragement of our enterprise'.

From the Richland Beacon, April 10, 1875 (courtesy of LSU/Library of Congress): 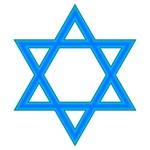 The citizens of Catahoula Parish tendered the newcomers a cordial reception, and at a special mass meeting held at Harrisonburg, the following resolutions were adopted:

Whereas, a number of Russian immigrants, lately driven from their homes by religious intolerance, have like our forefathers, sought the shores of America for the purpose of enjoying civil and political liberty:

Resolved - That we, the citizens of Catahoula Parish, in a mass meeting assembled, do hereby extend a cordial invitation to these persecuted people to settle in our midst; and that we heartily favor the immigration of all honest, industrious, and peaceful citizens, irrespective of clime or creed, knowing that they will greatly assist us in developing the untold riches of our country.

Resolved - Further, that we shall do all in our power to assist them in making a happy home with us, and that we will extend to them every facility and protection in our power.

The work in the colony was progressing.  They fenced the grounds, planted corn and vegetables, planted trees, repaired roads and built cottages.  A governing board, headed by Mr. Rosenthal, governed internal affairs, and through their efforts many New Orleans Jews rendered them valuable assistance.  A large shipment of lumber was sent to the colony, and E. E. Dreyfous, a New Orleans builder, volunteered to supervise the building of the houses.  Some experienced farmers offered to instruct the settlers in the cultivation of the land, and everything seemed very encouraging with every promise to success.

A few months elapsed and with the approach of spring things began to change for the worse.  The colonists complained of the heat.  They were disappointed that their families could not join them; malaria began it's ravages, and to top it all the Mississippi rose, sweeping everything away.  This was the year 1882.  The colonists scattered, abandoning everything they had, and left to take up peddling and factory work.  This experiment is know as the 'Experiment of the Sicily Island Colony'.

Additional information on the Jewish Colony can be found Here. 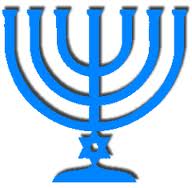