The Great Depression and it's Impact on the Sicily Island area

From Sicily Island:  A Partial History, compiled by Mickie Smith:


Beginning with the Stock Market Crash in 1929, the next years were years of deprivation for everyone.

Many banks, due to over extended credit were having to close.  In March of 1933, President Roosevelt declared a banking holiday.

The banks closed their doors for four days, some eleven thousand not to reopen.  Suddenly, most people were faced with despair, for their savings were gone.

In this area, supported by agriculture, cotton was king.  Now cotton, the livelihood of the farm, dropped to four cents a pound.  The farmer couldn't pay his debts, and had no cash for his family for the coming year.  There was no market for the cotton or the seed.

The gin owner, William S. Peck, Jr., said he would get fifty dollars in small change at the beginning of the week to buy the seed with.  At the end of the week, after ginning all week, he still would have some of the original fifty dollars left.  The price of seed had dropped to just cents.  Mr. Peck saw the time when five bales of cotton wouldn't bring one hundred dollars.


William S. Peck, Sr., with a group of men, went to see Governor Huey P. Long to ask if he could help the people in any way.  Their taxes were due and there was no money to pay them.

Governor Long called Walter Johnson, the Catahoula Parish Tax Assessor, and told him not to press the people for the taxes, nor to put any property up for tax sale.  If Mr. Johnson needed money, to call him, Governor Long, and he would see that he got the money he needed.

During these times, clothes were worn, patched, and continued to be worn until there was nothing left worth patching.  Shoes received the same treatment.  When the soles were worn through, cardboard or several layers of papers were put inside, and the shoes were worn until the 'uppers' were worn out. 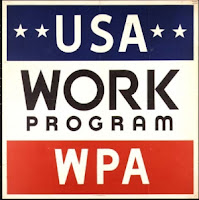 During the administration of President Franklin Roosevelt, the Works Project Administration (WPA) came into being.  The men were hired to do road work, dig ditches and other such projects.

The work crews here were staggered, with each man being allowed to work two days a week, for which they were paid two dollars per day. 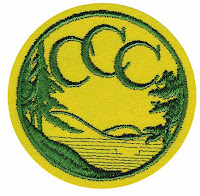 The Civilian Conservation Corps (CCC) was started at this time also.  This program provided work for unemployed and unmarried young men.  The nearest camp was on top of Fort Beauregard in Harrisonburg, where tents were set up for the boys to live in.

The young men received room and board and were paid thirty dollars a month, of which twenty five had to be allotted to relatives or dependents.  The boys were furnished a khaki uniform plus fatigues, with an arm patch with the three CCCs and a tree on it.  They fought forest fires, planted trees and did some ditching for drainage work.  The camps were under the management of Army officers. 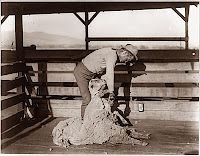 Most of the residents owned a milk cow, hogs, poultry and some of them raised sheep.  Everyone had a garden plot, so there was food for the family.  There was a shortage of cash money in every household.  The sheep were sheared in the spring, and the ladies would wash the wool and hang it on the fence to dry, then card.  Everyone had a fence because there was no stock law.  After the wool was clean, it was used in quilts, which the ladies made.

Later, a company in Tennessee advertised that for a certain number of pounds of wool sent them, they would make two blankets.  One blanket would be kept by the company for their pay, and the other one was to be sent to the owner of the wool.  The only cost was the postage, which was a nominal sum then.  The company would send a color chart from which a particular color or even a plaid could be selected.  The autos had no heaters, and Mrs. Georgia Peniston said she still has a plaid lap robe she had made to use when riding in an automobile. 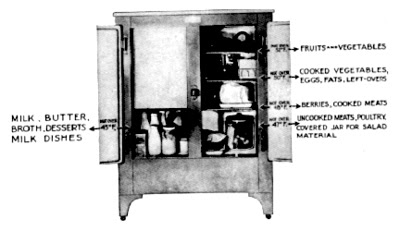 When there was refrigeration in the home, it was an ice box.  Ice was purchased from a company in Wisner, which sent a truck several times a week, going from house to house selling ice.

Meat could not be kept many days in the ice box before spoiling.  Once a week, usually on Saturdays, a man would butcher a beef and come around in a wagon peddling it.

In the winter months, the people butchered their own hogs, rendering the fat into lard and salting and smoking much of the meat to preserve it.

It was about this time that Mr. Saltzman started his 'Rolling Store' or 'Wheel Store' as it was often called.    Mr. Gerald Cheek started the first one from his Cross Road Store, which was located at the intersection of La. Hwy. 913 and 916.  This was a wooden body built on the back of a truck bed, with shelves inside stocked with grocery items.  On the back outside was a chicken coop attached to the body.  Many times, the customers who lacked the cash money, would trade chickens, eggs or butter for the needed grocery items.