The following children were born to the marriage of William and Elizabeth Watkins Fairbanks:

On December 25, 1883, he married Mattie A. Lovelace and had the following children:


Clay W. Fairbanks died on January 19, 1920 and Mattie A. Lovelace Fairbanks died on April 5, 1911.  Both are buried in the Old Pine Hill Cemetery in Sicily Island.  The actual date of death and location of Mary V.'s burial are unknown at this time.

Annie Laurie, the daughter of Clay W. and Mary V., married Isham Russell Chisum, Jr. on January 13, 1886.  Isham Russell, Jr.(1851-1923) was a brother to Thomas Jefferson Chisum.  He and Annie Laurie had the following children:

Henrietta "Nettie" Blackman was born on June 13, 1874 to Joseph A. "Frank" and Virginia "Jennie" Smith Blackman.  Jennie died when Nettie and her sister, Mary Virginia "Mollie" were quite young.  The two girls were reared by their grandparents, James Luther and Henrietta D. Smith.


Henry Osborne Fairbanks died on February 14, 1899.  He is buried in the Old Pine Hill Cemetery in Sicily Island.

The following children were born to the marriage of Henry O. and  "Nettie" Blackman Fairbanks: 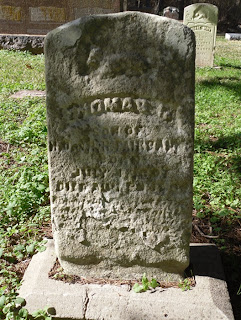 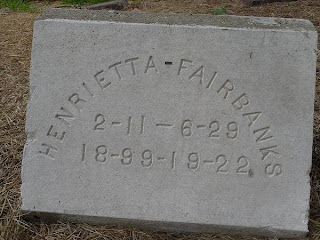 In 1901, Nettie Blackman Fairbanks was married to Dr. H. J. Disch, a dentist who had established his practice here. Dr. Disch died in 1924.   (Editor's Note:  Tombstone photograph for Dr. Henry J. Disch is courtesy of Karen Klemm Pinckard at FindAGrave.com)

To the marriage of Nettie and Henry Disch were born two children:  Mary (Whatley) and Willie.

Henrietta "Nettie" Blackman Fairbanks Disch died on October 21, 1932.  She is buried in the Old Pine Hill Cemetery in Sicily Island. 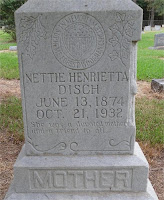 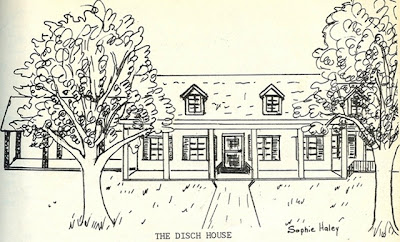 It is not known just when the Disch house was built, however, it is remembered that originally it faced the railroad tracks.  In 1936, Dr. Russell Fairbanks, son of the first marriage, (also a dentist) and his wife Sallie Knight Fairbanks, bought the interests of the other heirs.  They did an extensive remodeling job, turning the house to face the highway and giving the house its present appearance.  They raised their four sons here:  Russell, Jr., Carey O., John and Buddy.   (Reference:  Our Island Heritage, Vol. 2, 1977, compiled by Sophie Haley and Mickie Smith)


Dr. Fairbanks died in 1971 and in 1973, Buddy bought out his brothers' interest in the house and there he resides with his family today.  (Editor's Note:  The Fairbanks family no longer lives here and the house has recently been put on the market for sale)