The lower portion of the Ouachita Valley was once part of a prehistoric sea, that stretched from the Gulf of Mexico to well above the Arkansas-Louisiana line.  Evidence of this sea has been well documented by geologists and paleontologists, who have discovered rare fossil finds in certain areas along the Ouachita River.

The first man to discover and document fossil proof of this prehistoric sea was Judge Henry Bry.  Judge Bry was an amateur geologist-paleontologist from Northeast Louisiana, who explored many areas along the Ouachita River.  His greatest find was made in 1829, when he found the fossil remains of a large prehistoric sea mammal.

The remains of this gigantic sea creature were embedded in the sides of a steep hill running along a creek that emptied into the Ouachita River several miles below Columbia, Louisiana.  The bones were found along a curved line that stretched about four hundred feet in length with bones missing at intervals along the path of discovery.  The fossilized remains were exposed in the side of the hill after a hard rain, and appeared to have been buried approximately forty feet below the earth's surface.

Judge Bry recorded that a local farmer living near this site, previously unearthed from this same find, large fossilized rib bones, which he took and used as andirons for his fireplace.  Others living in the same area had found huge, fossilized backbones (some weighing 40 pounds) which they used as doorstops and flower pot stands.   Perplexed by the way the farmers treated these extremely rare finds, Judge Bry later wrote:  "You can't expect a scientific memoir from folk who has lived their entire lives in the most remote forest of Louisiana; nor, expect them to know anything about keeping pace with the progress of science".

Judge Bry sent samples of these fossil finds to numerous paleontologists, as far away as London, England; seeking to identify them.  After years of study these learned paleontologists came to the opinion that the animal Bry discovered was a whale-like mammal  A size and type that had never been found before.  This mammal was listed in a special category named "Zeuglodon cetoides".

Many years later, a group of people from Northeast Louisiana University in Monroe discovered a large backbone of a whale in part of the chalk hills located north of Enterprise in Catahoula Parish.  This location would match the location description given in the article above (several miles below Columbia).

The following two Catahoula News-Booster photographs from their November 25, 1976 edition reference this discovery. 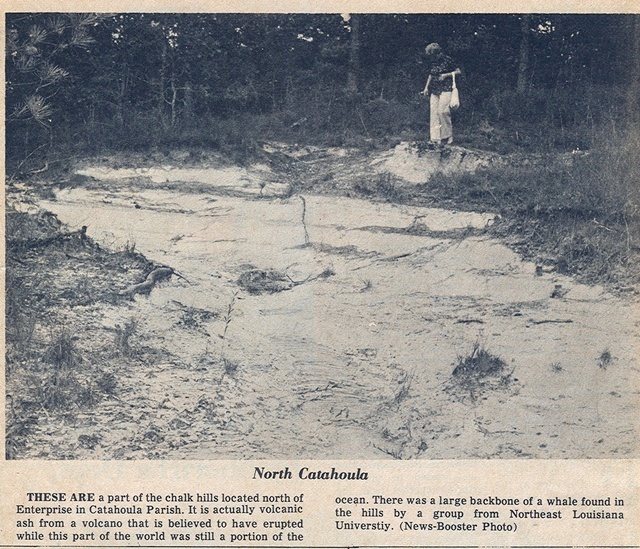 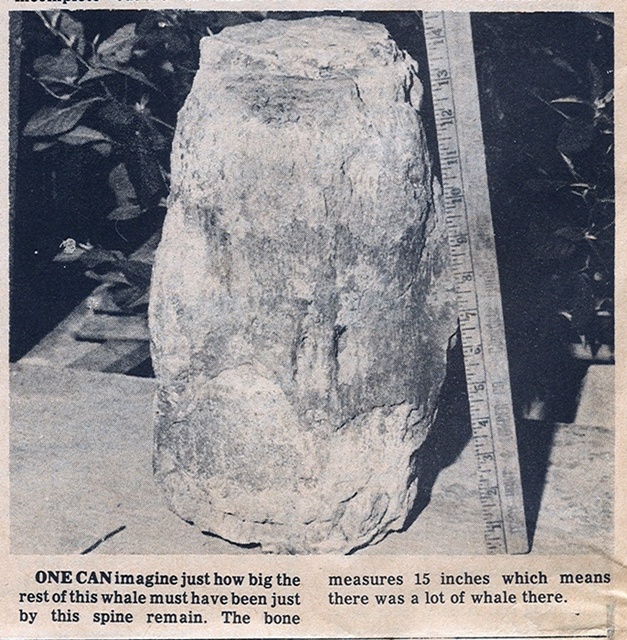 For another interesting read on Judge Henry Bry's discovery, check out Southern Memories, Unique Stories from the American South.


Copyright © 2016 D.E.B. No comments: Links to this post
Email ThisBlogThis!Share to TwitterShare to FacebookShare to Pinterest
Tags Animals and Wildlife, Catahoula Parish 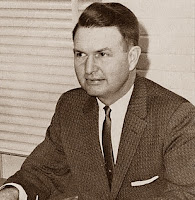 After graduating from Sicily Island High School in 1932, Woodin attended Louisiana State University (LSU) where he graduated as the top student in the College of Business Administration in 1936.

In 1925, Essae Culver, the first State Librarian of Louisiana, led a project to establish public libraries in rural Louisiana.  The model included a large central library in Baton Rouge with a branch at every parish seat with 50-300 library books rotated among all branches. 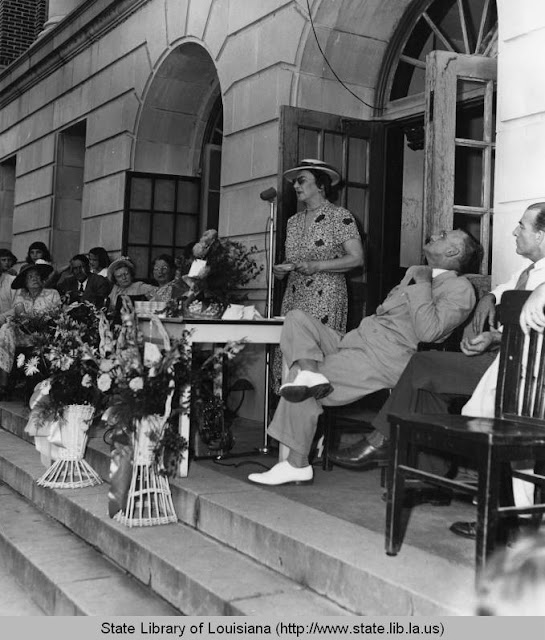 Henry Bullard Taliaferro was born in Catahoula Parish on October 16, 1841 to the marriage of James Govan Taliaferro and Elizabeth Maria Boyd Williamson.  He married Mary Ann Routon on October 9, 1866.

Mary Ann was born in Catahoula Parish on April 9, 1848 to the marriage of Talbot Arthur Routon and Martha J. Nix. 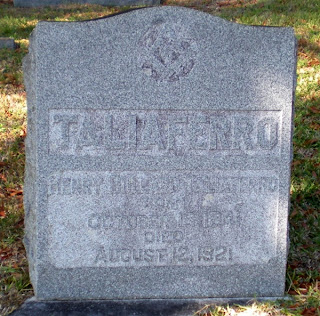 Following the death of Mary Ann Routon Taliaferro, Henry Bullard Taliaferro married Mary Ann Watson Routon who was first married to John Routon.  She was born on April 4, 1856 to the marriage of Thomas F. Watson and Elizabeth Caroline Nettles. 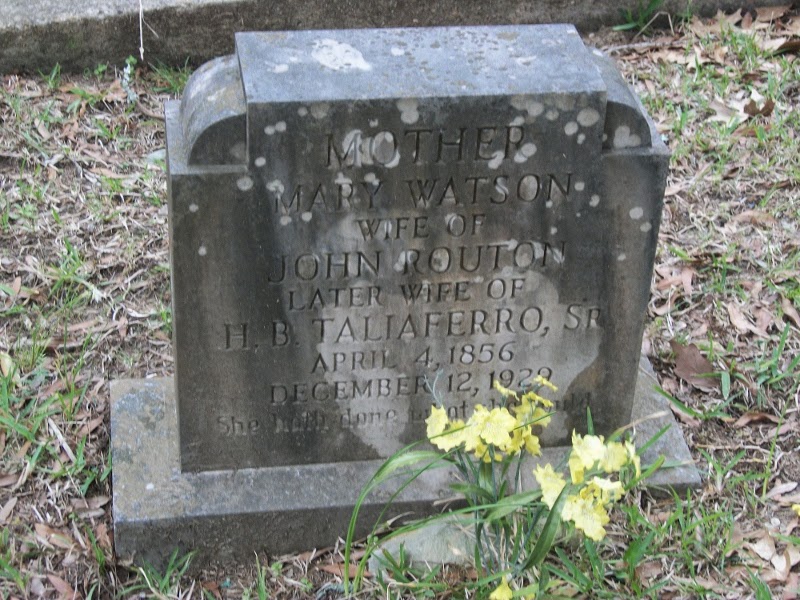 The following children were born to the marriage of Henry Bullard Taliaferro and Mary Ann Routon:

James Govan Taliaferro was born on September 28, 1798 in Amherst, Virginia to Zachariah Taliaferro and Sally Warwick.  From Virginia, Zachariah moved his family to Claiborne County, Mississippi before finally relocating to Catahoula Parish in 1815. 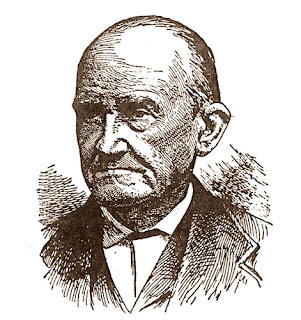 James Govan was a graduate of Transylvania College in Lexington, Kentucky.  He married Elizabeth Maria Boyd Williamson on May 1, 1819 in Woodford County, Kentucky.

Elizabeth was born on June 15, 1800 in Lexington, Fayette County, Kentucky.

(Editor's note:  sketch of James Govan Taliaferro is courtesy of ScottGraham1989 at Ancestry.com)

James and Elizabeth made their home in the small town of Harrisonburg in Catahoula Parish.

The following children were born to James Govan and Elizabeth Taliaferro:

John E. Egloff, Sr. was born in 1832.  His application for U.S. Naturalization in 1854 shows his country of birth or allegiance as Burne (also known as Bern or Berne).  Burne, located in Switzerland, was a part of Prussia until about 1848. 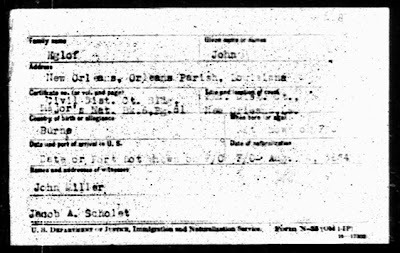 On January 17, 1861, John E. Egloff, Sr., married Irma Melecie Stoufflet in Terrebonne Parish.  They would begin their family the following year with many, many descendants to follow.

The following children were born to the marriage of John E. Egloff, Sr. and Irma Melecie Stoufflet:

Oliver Goldsmith Ballard was born on June 2 ,1844 to the marriage of H. Ira Ballard and Eliza Jane Robertson.  The 1850 census shows the family living in Concordia Parish.  Ira Ballard died about a year later when Oliver was just a young boy.  His mother would remarry on May 24, 1852 to Elihu Knight.

The 1860 census shows Elihu and Eliza Knight living in the Wallace Ridge community of Catahoula Parish with the following children:

On January 11, 1870, Oliver Goldsmith Ballard married Margaret M. Sargent.  Margaret was born on December 6, 1946 in Catahoula Parish.  She was the daughter of Joseph F. Sargent and Jeanette Jane Campbell.

Oliver Goldsmith Ballard died on August 19, 1919 and Margaret Sargent Ballard died on September 25, 1913.  Both are buried in the Old Pine Hill Cemetery in Sicily Island. 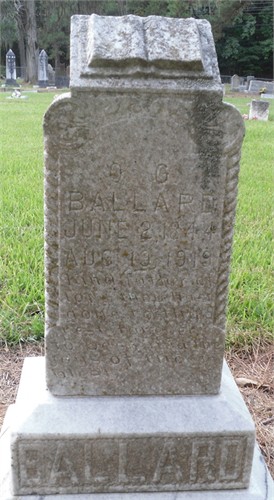 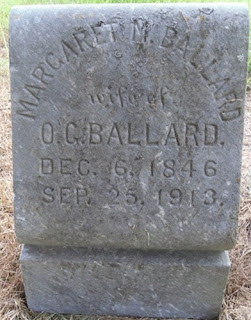 Sadye Smith was born on January 6, 1898 to Francis "Frank" Marion Smith and Nettie Watson of Sicily Island.  She married Marvin Bishop Nolen, Sr. in May of 1920.  Marvin was born in Maberry, Sebastian County, Arkansas on January 12, 1894 to George and Minnie Nolen.

Mary Scott Hair wrote an article about Sadye entitled, "Bunk Car Lady --- Life on a Railroad Work Train", which appeared in the March 1956 edition of The Ozarks Mountaineer.  The following is a transcription of this article. 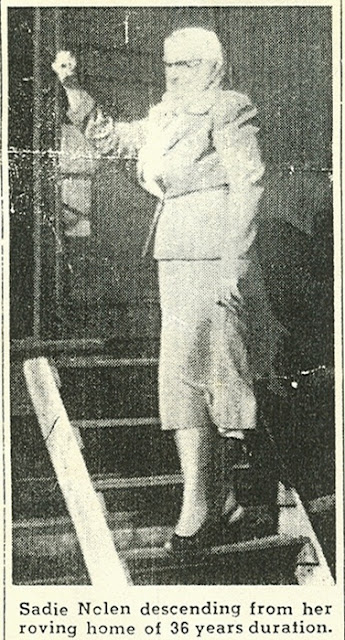 The work train, passing through sleepy little towns and on across the countryside on its way to a job of several weeks more or less, brings a sigh of speculation from a weary farm wife living along the way.  As she pauses to watch the train go by...a pastime that costs nothing, one that, through the years, has never grown old...she too wonders about the bunk car with the white curtains at the windows.  Wonders who lives in it.  Wonders what it would be like to travel from place to place, taking one's home right along on wheels.  Trailer houses, common as automobiles, are one thing, but bunk car living is quite another thing!!

Read more »
Copyright © 2016 D.E.B. No comments: Links to this post
Email ThisBlogThis!Share to TwitterShare to FacebookShare to Pinterest
Tags Back in the Day, Newspaper-Misc Articles, Old Families

Estus Stringer, Jr. was born on July 14, 1900* to Estus and Myra Polk Stringer of Mississippi.  He was also the nephew of William Otto Stringer.

Estus married Sadie Busby circa 1917 and had one child:


Nevis, 1918-1998 (m. Luther Monroe Laird, 1912-1981); Both are buried in the Bogue Chitto Cemetery in Bogue Chitto, Lincoln County, Mississippi.  No tombstone photographs are available at this time.


Sadie Busby Stringer died on May 5, 1923 in Sicily Island and is buried in the Topisaw Baptist Church Cemetery in Ruth, Lincoln County, Mississippi.  (Editor's note:  tombstone photograph is courtesy of Connie Gartman Lozier at FindAGrave.com) 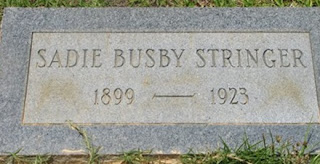 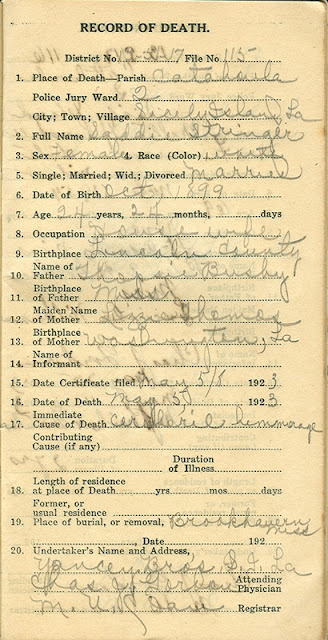 The Descendants of Zebulon and Mollie Earle York 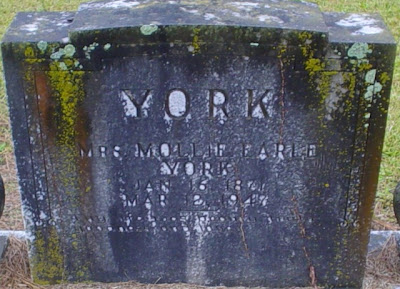 The following children were born to the marriage of Zebulon and Mollie York:

Thomas Jefferson Peniston was born on November 9, 1806 in Jessamine County, Kentucky.  He graduated from Transylvania University in 1829 and moved to Catahoula Parish in 1831 where he began practicing medicine.

From Louisiana Biographical and Historical Memoirs:


His reputation as a physician became so high that he was soon well known, and his practice extended over a large scope of country in Catahoula and adjoining parishes.

Dr. Thomas Jefferson Peniston died in 1882.  Sophia Dorcas Ann Lovelace Peniston died on October 28, 1872.  Dr. Peniston is buried in the Peniston Cemetery near Sicily Island.  It is believed that Sophia is buried there as well, although no tombstone has been found to date to confirm this. 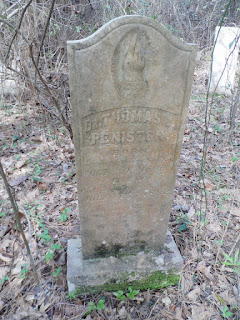 Of the ten children born to them, the following five are the only ones for which documentation could be found:

Sophia died on March 3, 1911 and Sylvester died circa 1884.  Both are buried in the Peniston Cemetery near Sicily Island.


The following children were born to the marriage of Sophia E. Peniston and Sylvester York:


One daughter, Edna was born on February 27, 1899 and died in August of the same year.  She is buried in the Old Pine Hill Cemetery in Sicily Island. 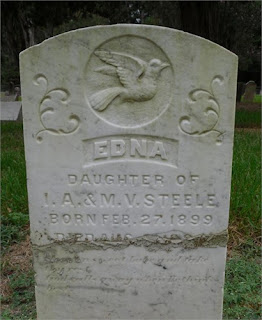 The second daughter born to Al and Mollie Steele was Mary Allye.  She was born on March 4, 1900. 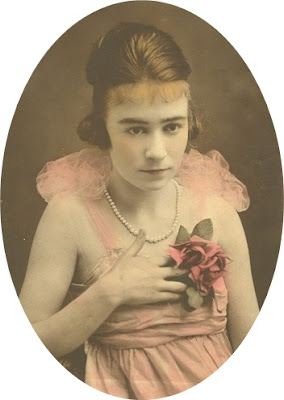 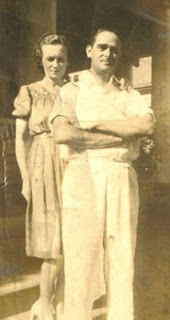 Allye and Bruce originally lived in a little house on the street that runs behind the current location of the Post Office.  After the deaths of Al and Mollie, they moved into the old Steele house located behind the bank.


In the 1950s Allye and Bruce swapped houses with their only child, Bruce and his wife, Mildred who were living with four of their children in a smaller house next door.

Island Connection to the President of the Confederate States

An earlier post on the Kempe family addressed the descendants of this family who made their homes in Catahoula and Tensas parishes. These lines of the family came through Thomas Byrd Kempe who was the son of Colonel James Kempe and Margaret "Peggy" Graham Kempe.

The Island connection to Jefferson Finis Davis, the President of the Confederacy, comes through one of Thomas Byrd Kempe's sisters, Margaret Louisa Kemp.

Varina Anne Banks Howell was born to the marriage of William and Margaret Kempe Howell on May 7, 1826 in Natchez, Mississippi.

On February 26, 1845, Varina married Jefferson Finis Davis who was born on June 3, 1808 in Christian County, Kentucky.  They were married in the parlor of her family home, The Briars.  William Howell gave his daughter The Briars as a wedding gift.

100 Years Ago on the Island

The two rough sketches of the countryside and the village give us an idea of the family names and businesses that were present on Sicily Island circa 1912-1913.  A few recent photographs of these same family home places and businesses can also be found below each sketch.  For a more specific comparison of the changes that have occurred on the Island over the years, see my previous post on Newman Avenue. 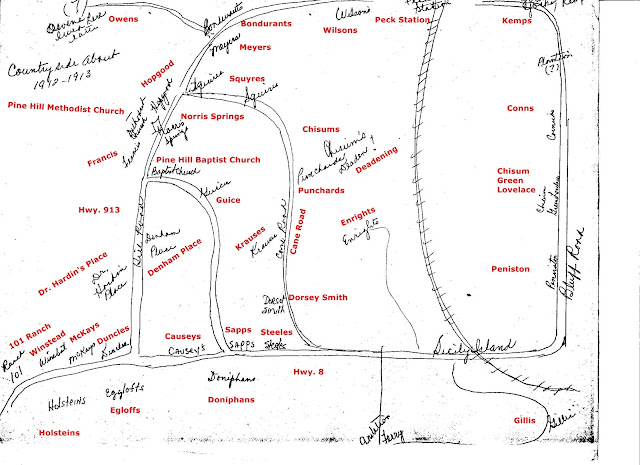