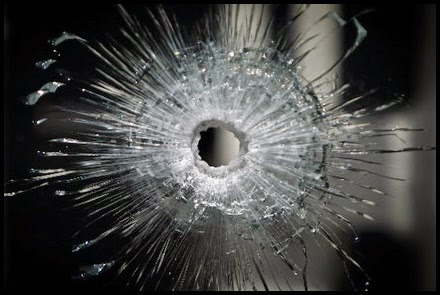 In an earlier post about the history and renovation of the Pine Hill Plantation House, I transcribed a newspaper article which appeared in the November 28, 1982 edition of the News-Star World.

The article mentioned a tragedy that was believed to have happened at the Pine Hill residence involving a 'Mr. Stewart'...


Mr. Stewart had come to Catahoula with the gas industry.  In the short period he was there, he gained the respect of area residents.  One ill-fated night, he escorted a young Sicily Island woman to the Pine Hill dance.  Unknown to the young couple was the fact that a local youth was in love with the girl.  He waited outside the house for them to leave the dance.  As they walked onto the front steps, Mr. Stewart was mortally wounded. The murderer mounted his horse and vanished into the night, according to one popular version of the story.  The young girl was totally innocent, that was the irony of the entire matter.

Could this 'Mr. Stewart' be the Charles Lee Stewart killed in Sicily Island in March of 1906?

If this is the same 'Mr. Stewart', it appears that the murder occurred at the Tom Hardin residence and not at Pine Hill Plantation.

Thomas Leo "Tom" Hardin was the son of Dr. John Calvin Hardin whose home was located just a few miles down the road from the Pine Hill Plantation.


Is the Hardin house pictured above where the shooting actually occurred?

The 1900 U.S. census shows Dr. Hardin and his wife and two of their children living at the home pictured above.  Tom had married Florence Meyers in 1898 and by 1900 one of their six children had been born.  He and his family lived about five houses down the road from his parents.

At some point after the 1900 census, Dr. Hardin, his wife and two of their children moved to Harrisonburg.  The 1910 U.S. census shows Dr. Hardin and family living in Ward 7/Harrisonburg on Water Street.

I have been unable to find a 1910 census record for Tom Hardin.

From the November 3, 1906 edition of the Donaldsonville Chief we learn the fate of the young man who was arrested for the attempted double assassination:


If anyone has information on where this shooting actually occurred please leave a comment below or email me at Rootsfromthebayou@gmail.com.

A note to my friend, Dawn, who currently lives in the Hardin house:  Maybe you should pay more attention to those unexplained noises you hear!


A special 'thank you' goes out to David Newland for sharing these newspaper articles with me.