The Peck Cemetery is located north of the Peniston Cemetery on highway 913 near Leland.  This cemetery is the final resting place for Dr. Henry John Peck, his wife Laminda McKinney Smith Peck and other family members.

The photograph above was taken from highway 913 facing west.  The cemetery sits atop the knoll and is accessible only by foot.

The gated entrance shown above is located on the western side of the cemetery.  A fence surrounds the area and appears to be in fairly good condition.

Buried in the cemetery are the following family members of Dr. Henry John Peck and wife, Laminda McKinney Smith Peck:

Copyright © 2016 D.E.B. No comments: Links to this post
Email ThisBlogThis!Share to TwitterShare to FacebookShare to Pinterest
Tags Cemeteries; Everyone Deserves to be Remembered, Forgotten Cemeteries, Island History, Old Families

The Old Pine Hill Cemetery - History and a Call for Help


Old church records for Pine Hill Methodist Episcopal Church, South show that on November 26, 1858, John Henry Lovelace donated four acres of land for a church to be built in the Pine Hill area.  These four acres also included the land where the Old Pine Hill Cemetery was established in 1860.


The church, known as Pine Hill Methodist Church, was built on the western side of highway 913.


The cemetery was established across from the church on the eastern side of the highway.


It should be noted that there were burials in the cemetery prior to the establishment date of 1860 as seen below.


The maintenance of the cemetery has been overseen by local citizens throughout the years.  With a cemetery fund created at the Sicily Island State Bank, descendants and friends could donate money to cover the costs of maintaining the cemetery.

As the years have passed, a large number of the descendants and friends have either died or moved out of the area.  The funding for maintenance of the cemetery has dwindled as a result.

Ronnie Cole is now the new caretaker of the cemetery.  He and his family have done a wonderful job with limited funds. Ronnie not only mows the grass and removes fallen trees, limbs and debris from storms, he has taken on the task of restoring broken tombstones.


There is still much work to be done to remove dead trees, repair fallen and broken tombstones, and hauling dirt in to build up sunken grave sites.


I encourage you to consider donating to the cemetery fund.  Your donations will ensure that the Old Pine Hill Cemetery will continue to be one of the most beautiful old cemeteries in the area.

Below is the contact information for those who may be interested in donating to the Old Pine Hill Cemetery fund. 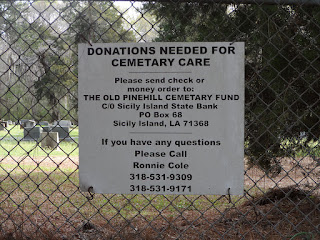 There are currently over 900 people buried in this cemetery.  For a list of those buried there and photographs of each grave site, please see the cemetery page at the FindAGrave website.

Copyright © 2016 D.E.B. 2 comments: Links to this post
Email ThisBlogThis!Share to TwitterShare to FacebookShare to Pinterest
Tags Cemeteries; Everyone Deserves to be Remembered, Island History


So many of the older and often rural cemeteries across our country seem to have been forgotten or abandoned.   Tombstones once placed to remember loved ones are now being swallowed up by undergrowth in areas unaccessible and unknown to most people.  Restoring and maintaining these old cemeteries has become quite a challenge, especially in rural areas where there are no funds available or people interested and able to perform the work.

My daughter and I recently visited the old Peniston Cemetery just outside of Sicily Island.  This cemetery, located off highway 913 near Leland, is the final resting place for Dr. Thomas Jefferson Peniston and a few of his family members.  It is believed that Dr. Peniston's wife, Sophia Dorcas Ann Lovelace was also buried in this cemetery, though no tombstone was found to confirm this.


With the help of my friend and fellow researcher, Jon Garner, we were able to complete the documentation of the cemetery.   Many thanks to Nelson L. Nuttall for providing information on the Peniston family and to Ashley Varner for allowing me to use several of her photographs in this post.


The cemetery sits on a knoll less than 50 yards off of highway 913.  The above photograph was taken from the highway facing west and shows the knoll in the background.


Across the highway and to the east sits the Old Pine Hill Cemetery shown above.


The above photograph shows what was once the gated entrance to the cemetery. The entrance faces north.


This photograph was taken from the entrance to the cemetery facing east/southeast and shows the remains of the fencing that once encircled the graves.  One tombstone appears to be just outside the fenced area.


Buried in the Peniston Cemetery are the following members of Dr. Thomas Jefferson Peniston's family: 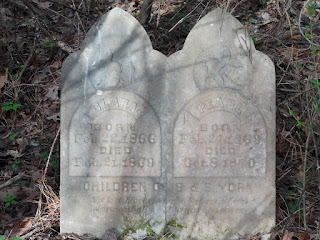 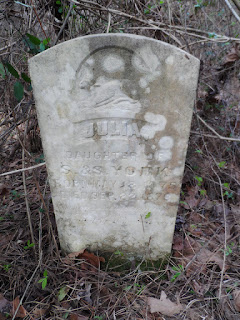 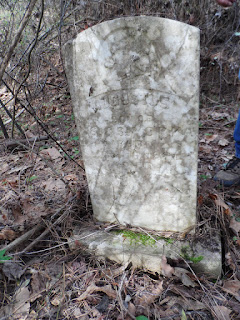 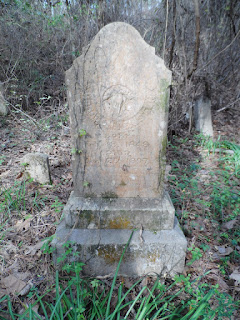 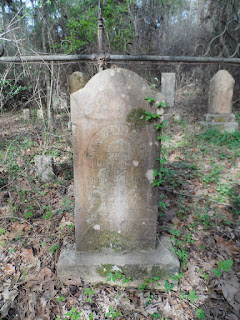 
More information on the Peniston family can be found in a previous post, Dr. Thomas Jefferson Peniston and Family.

Additional information on the Peniston family provided by Nelson L. Nuttall can be found on the Find A Grave cemetery page, Peniston Cemetery.