Laura Archer Scott was the daughter of Israel Smith Scott and Emily Mason Turpin of Mississippi.  They moved from Richland, Mississippi to Point Coupee Parish, Louisiana where Israel owned a plantation until it was lost to taxes after the Civil War.  He came to Sicily Island to manage Mr. Gillis' property and lived in the Gillis house for several years.

White Turpin, born on June 2, 1777, was the last Territorial sheriff and the first sheriff of Adams County, serving two terms in Adams County between the years of 1812-1819. He was also a state senator, a Jefferson College trustee, a member of the first legislature, and a president of the Agricultural Bank of Mississippi.  He and his family lived in Washington, Mississippi but also had a townhouse in Natchez.  This townhouse is now called The White Turpin House and has been restored by his 4-great granddaughter, Kendell Coney Horton and family to operate as a vacation retreat for visitors. 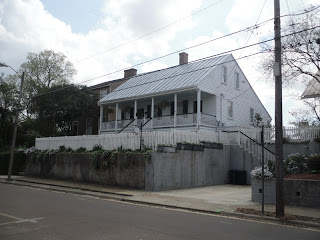 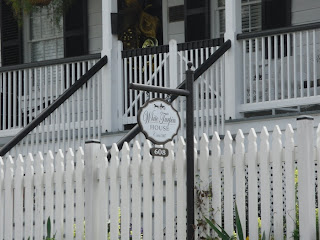 They moved to Sicily Island some time after their marriage and built a house on the bluff next to Dr. Usher's house.  There is no description of this house except that on the front was an ell that was used for a store named The Red Star.  This was a partnership store with Richard's sister, Fannie and her husband Eugene Owens, who also lived in the house with them.

After some time, Richard and Eugene built a store on the corner where that bank stands now.  The store part was torn off of the original house.  Richard and Laura later built the house sketched below on the corner of 5th and Peck Streets. 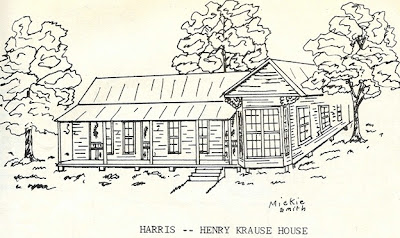 There were three rooms on each wing separated by a hall with a front porch and an ell shaped porch on the back.  In the living room there was a trap door leading down to a storm cellar.  This started seeping water after some time, so another one was dug at one end of the back porch so it could just be stepped down into.  Emily Scott, Laura's mother, lived with them until her death.

Children born to the marriage of Richard and Laura were: 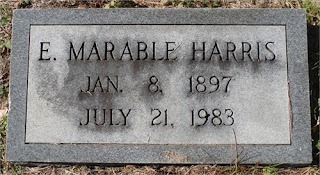 Mildred and Buck had the following children: 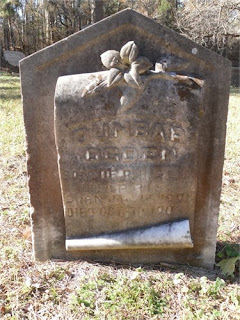 Richard and Cora had the following two children: 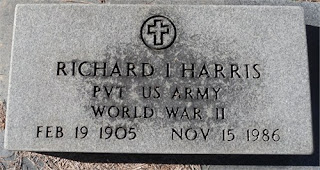 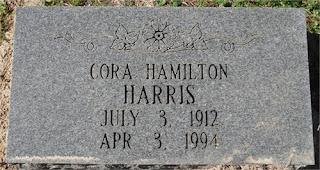 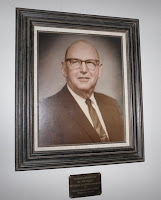 In reminiscing about the old 3-story high school, former students had this to say about Mr. Coney:


No student can look at the steps without a flood of memories of times they sat in groups talking of ball games, what they did the past weekend, laughing and sharing many things other than lessons.  Memories of the many times they stood in line, the boys on one side and the girls on the other, with Mr. Coney at the top with that stern look.  He took no 'monkey shines' while you were in line.  Each student stood 'in line', quiet and still until told to march in.

We cannot think of this building without thinking of Mr. Coney.  In the summer of 1923, Mr. Howard Wright, who was superintendent of Catahoula Parish Schools, offered the principal-ship to Mr. Coney, saying, 'He needed someone who could control those boys'.  He sent the right person because Mr. Coney did control them.  Yet the boys had a deep respect for him.  Memories of Augusta Krause Taliaferro are that the doors had a small square glass pane which Mr. Coney used to look in and check on the classes.  If you were misbehaving, he saw you long before you saw him and you got demerits many times when you thought you were 'getting by'.

In 1986, the Catahoula Parish School Board, upon a motion by Bruce A. Edmonds, named the auditorium at Sicily Island High School the "C. B. Coney Memorial Auditorium". 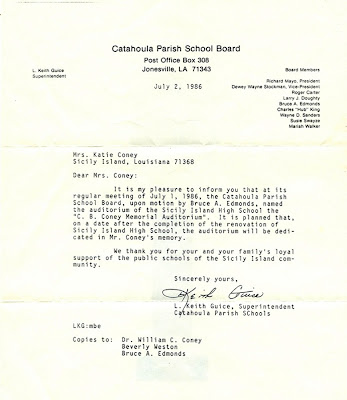 Laura Archer was born on November 27, 1911.  Laura was known as "Miss Hat" and worked in the Sicily Island State Bank for many years.  She resided with her sister, Katie and family.

Laura Archer Harris died on June 12, 1995.  She is buried in the Old Pine Hill Cemetery in Sicily Island. 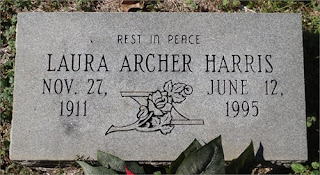 Wilmer and Camille had the following two children:

Wilmer Scott Harris, Sr. died in May of 1960.  Camille Beverly Tucker Harris died on November 27, 1942.  Both are buried in the Old Pine Hill Cemetery in Sicily Island.  No photograph of Wilmer's tombstone is available at this time. 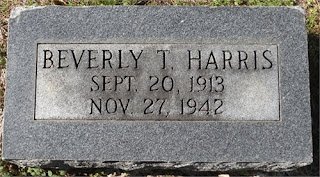