Dr. Nathaniel Bowman was born in 1767 in Massachusetts.  In October of 1799, he married Sarah Johnson who was born on April 15, 1768 in Andover, Massachusetts.  Her parents were Col. Samuel and Elizabeth Gage Johnson.

Nathaniel was a 1786 graduate of Harvard College where he studied medicine.  After marrying Sarah, they settled in Gorham, Maine, where he died of a casualty, the fall of a part of a steeple, at the raising of a meeting house, June 8, 1797.  Nathaniel is buried in the Gorham Cemetery, Gorham, Cumberland, Maine.  Sarah died on May 8, 1858 in Bath, Maine and is buried in the Maple Grove Cemetery, Bath, Sagadahoc, Maine.  (Editor's note:  tombstone photographs are courtesy of Alan&Jane and Wayne Cappen at FindAGrave.com) 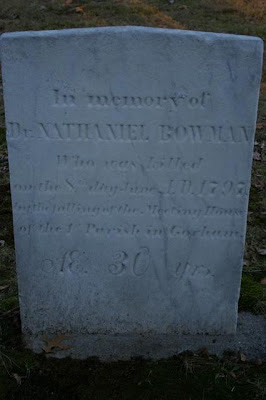 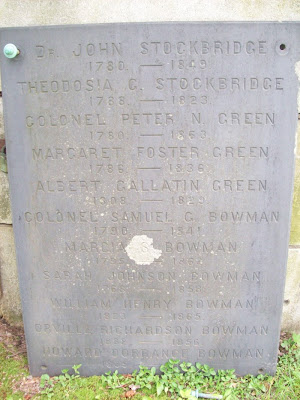 The following children were born to the marriage of Nathaniel and Sarah Johnson Bowman:

Col. Samuel Gardner Bowman was born on October 9, 1790.  He was a merchant in Bath, Maine.  On May 19, 1816, he married Marcia Stockbridge who was born on April 7, 1795.  Marcia was the daughter of William and Ruth Bailey Stockbridge of Hanover, Massachusetts.  Samuel died in 1841 and Sarah died in 1862.  Both are buried in the Maple Grove Cemetery, Bath, Sagadahoc, Maine. (See tombstone above)

This post will concentrate on two of their children, Samuel Stockbridge and Francis J. "Frank" Bowman.

Samuel Stockbridge Bowman was born in Maine, on August 27, 1818.  He moved to Louisiana and married Sarah Hamilton of West Feliciana in January of 1843.  He became a merchant and a cotton planter of Tensas Parish.  Sarah died in April of 1847.


William Homer Bowman  was born near what was then known as Greenville (about five miles east of the village of Sicily Island) on January 13, 1888.  The home where Homer was born had belonged not only to his father but also to his grandfather. 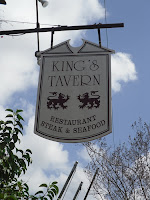 Homer married Anabel Postlethwaite Register who was born on May 13, 1896 to Aaron Cullipher and Mari Anne McDonald Register of Natchez, Mississippi.  At the time of Anabel's birth, the Registers were living at historic King's Tavern, where eight generations of her family lived before it passed into other hands.


Anabel came to visit her aunt, Lucy Register Bruce, who resided at Loamland Plantation, across the Tensas River from the Bowman home.  It was here that she met Homer Bowman and they were later married.

The Bowmans began their life together as farmers.  They also raised livestock and ran a dairy for many years.  They operated their own separator and shipped cream in ten gallon cans to Natchez and Baton Rouge by train.  Homer served as Postmaster at Foules for forty-seven years, until his retirement sometime in the 1950s. 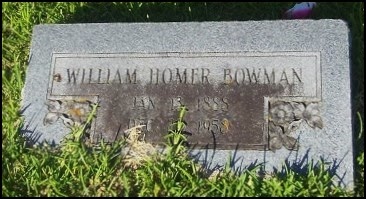 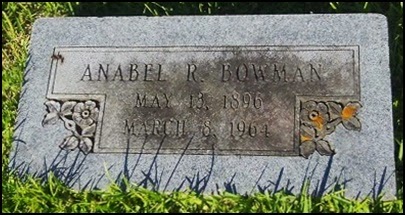 The following children were born to the marriage of Homer and Anabel Bowman:

Francis J. "Frank" Bowman was born circa 1830 in Maine.  He moved to Louisiana some time after 1860 and married Henrietta Eliza "Etta" Bruce circa 1865.  The following children were born to this marriage:

Frank was the first postmaster at Wildwood in 1872.  Wildwood was located in Ward 1 of Catahoula Parish.  He died prior to 1880.  The location of his burial is unknown at this time. 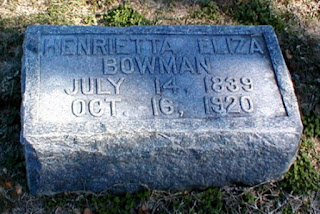