Built in the early 1800s, the house was originally called the Weinbert House and then the Disch House. The Sargent family took ownership in 1902 and since that time it has been known as the Old Sargent House.

Wooden pegs and square nails were used in the construction of the house.  High water marks can be seen on the outside walls and scars from Federal gunboat shells are reported to be scattered throughout the house.

The house was also used as a hotel for steamboat travelers.

The Sargent House was opened for tours during the Fort Beauregard Battle Festival and battle reenactments back in November of 1984.  At that time, the Catahoula News Booster reported that the house stood 'almost unchanged' from its original construction and still had the original furnishings. 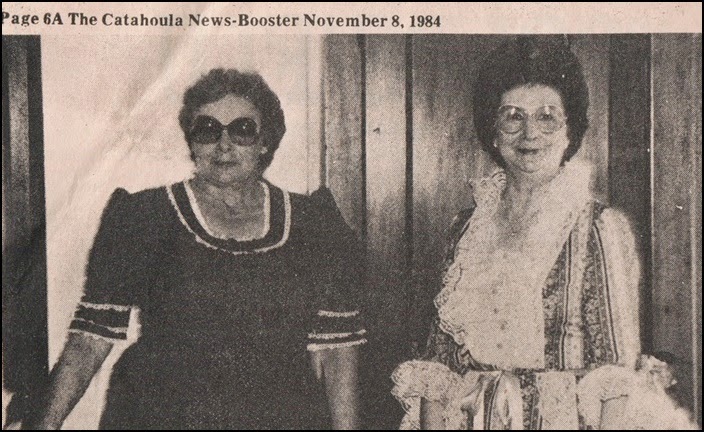 Pictured above are Earline Carter and Inez Renfrow of the Harrisonburg Woman's Club.  The Woman's Club sponsored the tours of the Sargent House in November of 1984.


The Sargent House was added to the National Register of Historic Places in 1980.