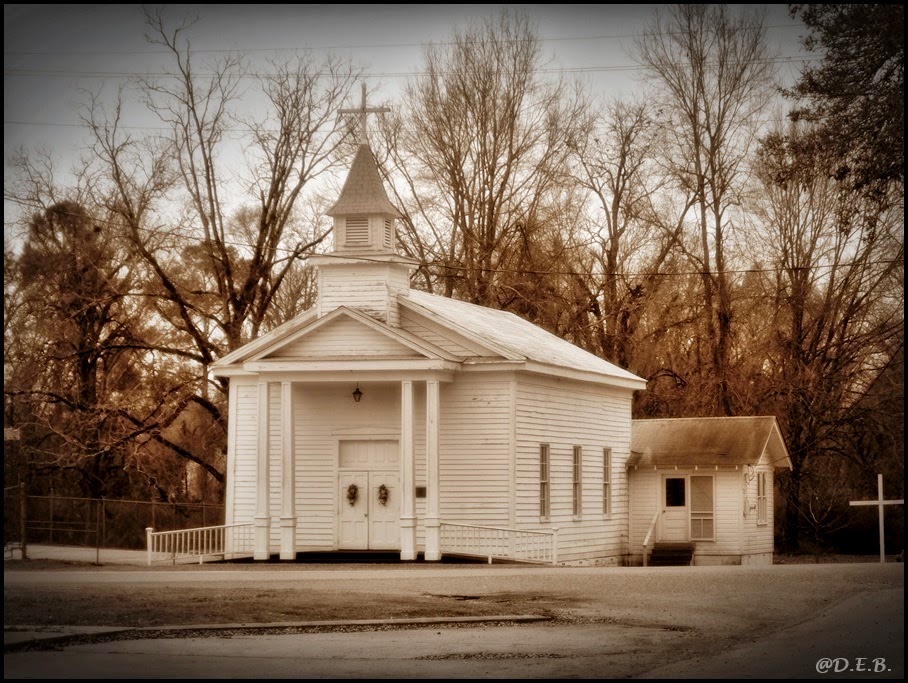 From The History of Methodism in Harrisonburg, Louisiana by Gene Smith Boyd and posted on the website of The Historical Register:


In 1833, Rev. Jonas Westerland was appointed to Harrisonburg.  In those early days circuit riders preached under brush arbors and in homes.  The current Harrisonburg church was built in 1853 or 1854.  The land on which it stands was donated to the church on October 5, 1858 by Joseph Sargent.  It faced Pine (or Church) Street.

For many years, the second story of the church was used for the Harrisonburg Masonic Lodge.  The structure was also used as a school.

Land was purchased on July 5, 1907 from the Holloman heirs.  A parsonage was built on the site, which was across the street from the current church's location.

After sharing a minister for three decades (since 1926), Rev. F. P. Corie moved into the parsonage in 1957.  Rev. Corie led the church in renovating the church and parsonage.  Sunday School rooms were added to the back of the church.

In 1972, renovations to the church included refinishing the sanctuary floor and pews and adding carpeting to the pulpit area and aisle.  A new organ and furnishings were added the following year.

The old church still stands to this day.  Cannonball holes can be found in its walls.  Old square-headed nails still hold it together.  And the original church bell still chimes. 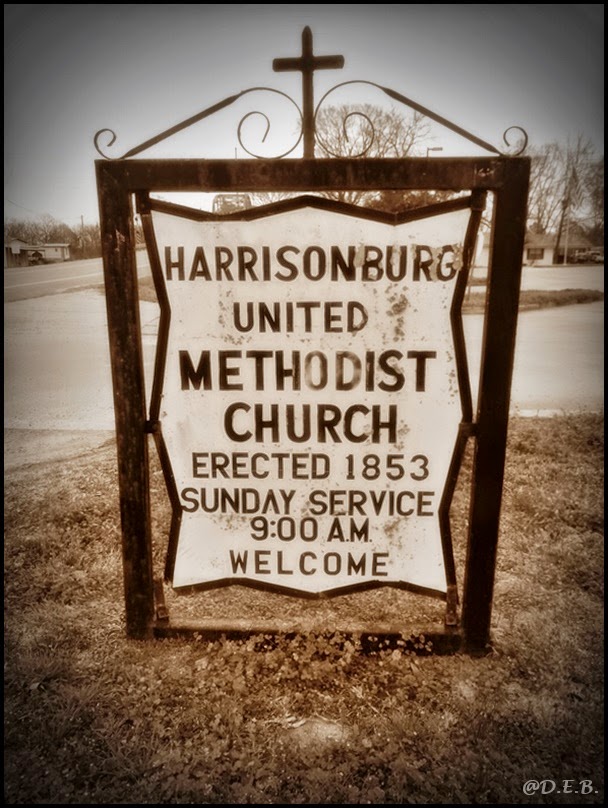 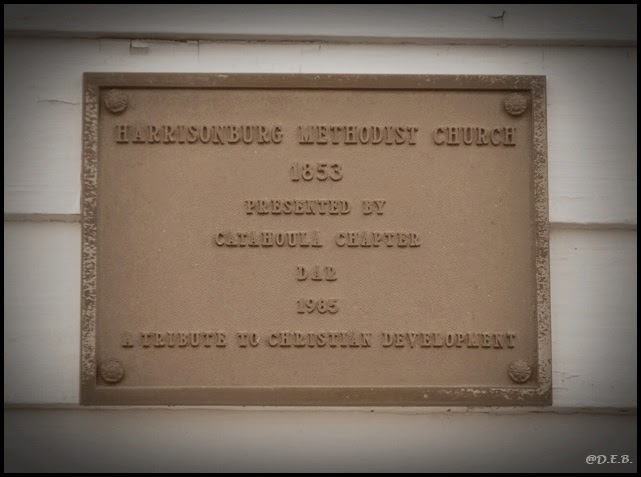 The above plaque was presented to the Harrisonburg Methodist Church in 1985 by the Catahoula Chapter of the Daughters of the American Revolution.


A Tribute To Christian Development